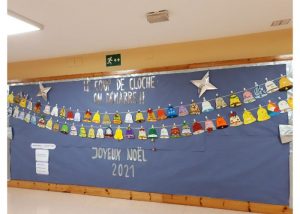 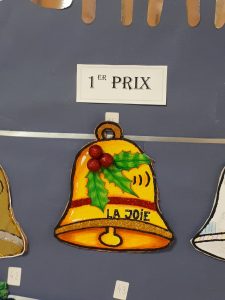 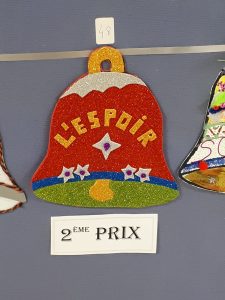 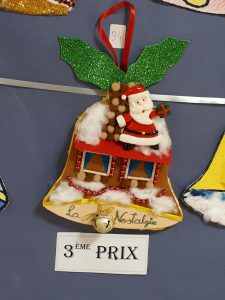 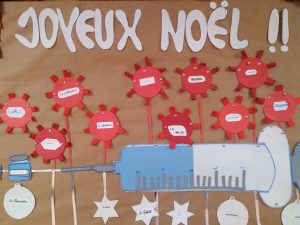 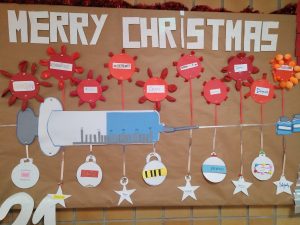 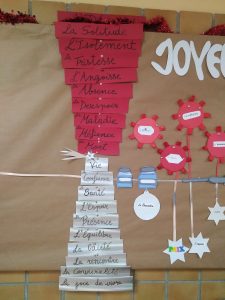 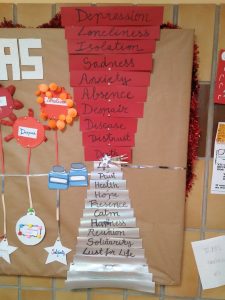 If you want to have a look at some of the best moments during the last weeks, click on the following image to watch the video the English BRIT teachers have prepared with their students’ work. English is fun, fun, fun! Hope you enjoy it! MERRY CHRISTMAS TO EVERYONE!!! 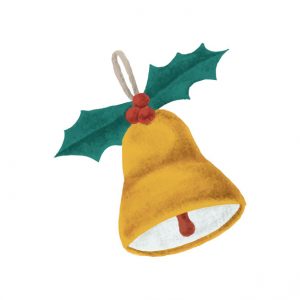 All along this first term, 1st ESO students of English have been working on an oral presentation about their high school. Then several students have volunteered to take part in the filming of a video presenting Élaios High School to students at Primary School near Élaios. Thanks to all the students, but especially to the wonderful volunteers (they have made this possible!): Nora A., Claudia B., Sara B., Pablo Ca., Pablo Ce., Adrián D., Paula G., Esther G., Diego J., Marco M., Elsa R., Mario V. y Hugo V. Click on the picture below to have a look at their cool presentation!! 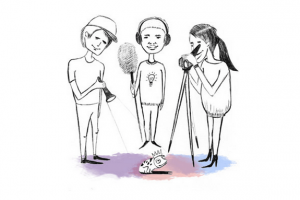 You can also test your listening skills playing the easy KAHOOT game based on the video (clicking on the image below). You will need the computer and a mobile phone with Internet to access kahoot.it and then type the code of the game. Write your name or nickname and try the classic mode. Remember to make your choice on the mobile phone. GOOD LUCK!! 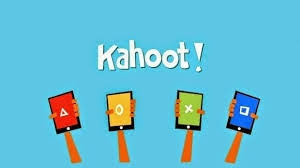 Firstly we started watching a video that was about violence against women. The video was very short but so interesting. Then we were speaking about what the video meant. After that we wrote a word on a card. Finally we were speaking about all the things that the women were suffering. I think that this has to stop soon. (Jaime P., 2º B ESO)

On Wednesday 25th November we watched a video about gender violence because that day was the International Day for the Elimination of Violence against Women. The video was about two motorbikes: two boys on one motorbike and two girls on the other one. The boys were making fun of them. Then they had an accident and the girls stopped to help them. The boys regretted making fun of them. It seems to me that there are many people who believe that they are superior to others because of their gender but it shouldn’t be that way. (Jorge G., 2º B ESO)

On November 25th we saw a video in class that was about respecting women. Two boys went on a motorbike on the road and they wanted to get attention from two women who were also on a motorbike. So the men fell down and the women helped them. I think that everybody has the same rights to be respected. (Leire E., 2º B ESO) 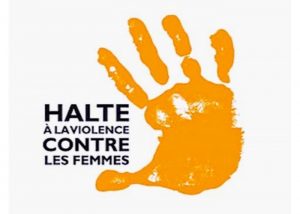 On 26th November we were going to take an exam but we saw that it was Thanksgiving Day and the teacher changed the date of the exam. That day we had to make a fork and one of the students had to make a turkey. In the classroom we stuck the turkey on a mural. On the forks we wrote a sentence thanking for something and after that we stuck them on the mural. Then we watched a video about the origins of Thanksgiving. I liked it because it was fun to make a fork and I discovered how Thanksgiving originated. (Nicolás C., 1º BIL. C ESO)

We did some activities about Thanksgiving Day. The first activity that we did was fun! We made a fork at home and one person of the class had to make a turkey. Later we put the forks on a mural where the turkey was in the middle, and the forks surrounding it. Then we watched a video about this day and then the teacher gave us a test to do. I think that is a great party! (Pablo C., 1º BIL. C ESO)

We celebrated Thanksgiving on 26th November, Thursday. We all made a poster with paper forks that contained what we were thankful for and an EVA turkey. We watched a video explaining the origins of Thanksgiving and later we did a competition about who knew the most words related to Thanksgiving. In my opinion this was hella fun and I enjoyed it, especially the making of the turkey. I had a good time! (Sara B., 1º BIL. C ESO)

At IES Élaios we celebrated Thanksgiving Day. It was a funny day! Cristiana drew a turkey and the rest of the class drew forks. In class the people who drew the forks wrote something they were grateful for and we stuck it on a large cardboard. Finally we watched a video and we answered some questions. In my opinion, it was a great day! (Sara L., 2º BIL. C ESO)

On Thursday 26th November we celebrated Thanksgiving Day in class. First while we were watching a video about its history we filled out a test. Then we wrote why we gave thanks on a cardboard fork and we stuck it around a turkey. That activity was interesting because we learned about a tradition from another country. (Lucía M., 2º BIL. C ESO)

On Thursday 26th November we celebrated Thanksgiving and the activities we did were to write on a cardboard fork something for which we were grateful and we glued it around a turkey drawn on a cardboard. I think this day is interesting. Besides, it’s important to give thanks for what we have. (Bianca S., 2º BIL. C ESO)

For that day we had to make a fork. Then in class we wrote sentences on our forks and we stuck them on a board. In addition, we also made a listening practice but with a video related to the history of Thanksgiving. From my point of view, it was a great day because we did different activities from other days. I learned a bit more about Thanksgiving, too. (Álvaro C., 2º BIL. C. ESO)

If you want to watch some carefully edited videos of the Halloween dramatised English readings by teacher IRENE AIXALÁ, click on the following image: 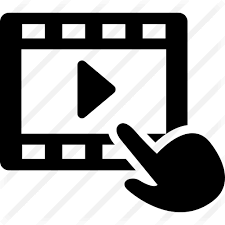 The first we did about Halloween was to see a video that was about children and Halloween and after seeing it, we completed a sheet. The second thing was to see another video that was about the play we were going to do on 30th October. We went on practising the work and on Friday we did the work with a video call to 1st ESO D and after doing the work, we voted for the best readers and the winners were taken a photo and given sweets! Finally Pilar asked us Halloween questions and we answered well, she gave us a treat. (Beatrice B., 1st BIL. ESO C)

Hello, last Friday 30th October we celebrated Halloween and during the week we saw a little story about two brothers who celebrated Halloween in their house too. The next day we practised a text called «The Witch’s Wall», we practised the pronunciation of the words we didn’t know and then Pilar gave us a sheet with different words from Halloween. Finally the last day we did a videocall with the other bilingual group reading the text. I was very nervous but it was very funny. I think it was a very beautiful day. (Pablo Ca., 1st BIL. ESO C)

During Halloween’s week we did some activities like watching a video about the costumes and food we have at Halloween, then we answered questions about it. On Friday we also read a story about a witch and some kids. We presented the story to another class through videocall. That day was funny because I laughed a lot while the groups were presenting; they made funny mistakes. (Sara C., 1st BIL. ESO C)

On 30th October we celebrated Halloween. We read the text “The Visitor”. It was like a theatre, we read it in different groups with different characters. We made a videocall with the other class and there were some technological problems. It was fun and entertaining. I like this type of activities. (Zilia A., 2nd BIL. ESO C)

Last Saturday (31st October) was Halloween’s Day, so that week we did activities related with that. During the week, we were preparing a text about a horror story called «The Visitor». We made groups to read it and each one of the group had a role in the story. On Friday 30th we read it on a videocall with 2nd BIL. ESO D. It was very funny. We had a very good time. (Nayra A., 2nd BIL. ESO C)

During the week we were preparing the reading «The Visitor», checking the vocabulary, the pronunciation and the intonation. On Friday 30th October we made a videocall with another class to dramatise the reading in groups. I think it is a good activity to learn and to have a good time. (Lucía M., 2nd BIL. ESO C) 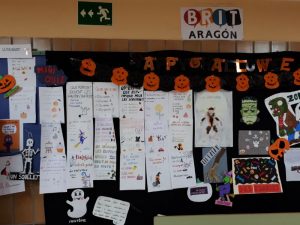 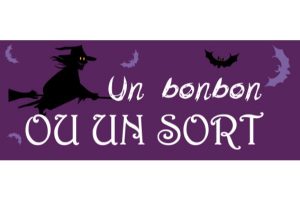 On 26th September it is the day of Languages. That day in class we celebrated it like this: we watched a video of people from other countries explaining why they liked their language; we also listened to “Let It Go” in different languages. We did a quiz of guessing which country it was by its flag. I think it was a great day. (Sara C., 1º Bil. ESO C)

Last 26th September, we celebrated the European Day of Languages! In English class we wrote the names of the British Isles on the UK map; each one of us said how we thought people from different countries were called and we told the entire class why we liked the English language. It was fun! It could have been a bit better thought, but it was fine! (Sara B., 1º Bil. ESO C)

We celebrate the European Day of Languages on 26th September. We did a table about the countries, the capital city, nationalities and language. We did a Power Point about nationalities from the people of the country, then we listened to the song of Frozen in twenty-one languages. I like this day because I like languages. (Aday G., 1º Bil. ESO C)

The European Day of Languages is celebrated on 26th September. It is a means of promoting awareness among the general public of the importance of language learning and protecting the linguistic heritage. At school we did lots of different activities and games. First of all, we did different photocopies about countries, nationalities and the official languages of each country. Then we did games on the computer: we had a flag and we had to discover which country it was. I really had fun and I also learnt lots of new things. I love the European Day of Languages! (Carla C., 2º Bil. ESO C) 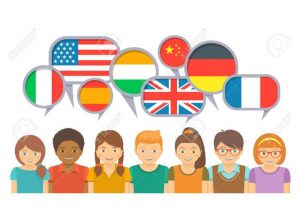